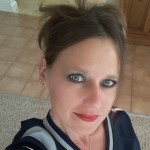 In this role with The Chiari Project, Amanda helps the Chiari community through social media as she manages Chiari groups on Facebook and Instagram. By increasing her social media following throughout the years, she is now able to educate and inspire with informative posts as well as entertaining memes. Amanda is excited to be serving in this capacity to help mobilize the community in a global effort to create awareness and raise funds for more pain management research.

Amanda has a background in marketing, talent, and customer service which she secured during her time at WWE (World Wrestling Entertainment). She also has a background in education as she worked as an early childhood teacher and consulted with families about their young children ages 0-5. Amanda was diagnosed with Chiari Malformation when she was 30. Although she has been dealing with the symptoms all of her life, she finally had a name for the condition. 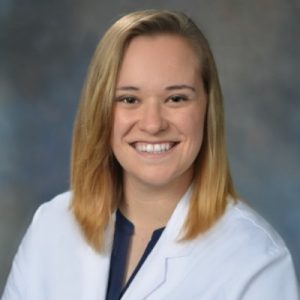 Ashley has struggled with chronic migraine her entire life, but felt the full effects of Chiari Malformation starting in her sophomore year of college. Since her decompression surgery, Ashley has been an active participant in the Bearcat Bands, in several student honorary organizations, and as a College of Engineering and Applied Science ambassador. She was selected to speak at UC’s freshmen convocation in 2016 to speak about her Chiari journey.

Ashley graduating from the University of Cincinnati in 2018 with a Bachelor’s of Science in Biomedical Engineering, she completed her graduate education with the Physician Assistant Program at Baylor College of Medicine in Houston, TX. Recently, Ashley completed a residency with the APP Neurology Training Program at Duke University Hospital and is currently a Physician Assistant in Child Neurology where her goal is to help others struggling with neurological illness.

She is proud to volunteer and spread awareness for The Chiari Project where she leads BRAINSPIRE, a motivational speaking initiative for those who overcome the challenges of not just Chiari, but many other neurological conditions. Most recently, Ashley has became the host of our Q & A Webinars with the Neurosurgeon. which tends to be valuable on many levels because of her background.

Christine is a Chiari Malformation and Breast Cancer survivor and thriver based in Hawaii! While navigating the healthcare system, Christine developed her own pathway to better support other chronic illness patients with the tools she had developed. Christine is an independent health advocate who ensures patients that they will always have someone by their side to relieve the burden of mundane medical tasks and scheduling.

Christine is also an independent wellness personal trainer. She works with many populations that battle chronic conditions including; Cancer, Chiari Malformation, Multiple Sclerosis, Ankylosing Spondylitis, and Parkinson’s Also, she has over 10 years of experience in public speaking to support groups facing chronic illness. Christine feels incredibly blessed to be part of The Chiari Project where she can support others as she always sends the warmest of Aloha. 🌺

Maria currently lives in Tennessee. She is a freelance writer and author of two books; including her memoir, “It’s all in Your Head.” She has been writing for many years; and for the past ten years she has been freelancing, writing articles for web content. She is an activist for those with brain cysts and Chiari Malformation. She continues to help those who live with these rare medical disorders by educating them through her articles and her book. Maria is focused to give her time and energy to The Chiari Project. 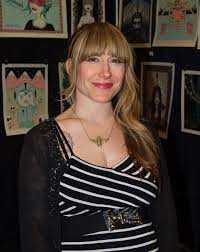 Tara is an American contemporary artist exploring concepts surrounding the human condition who has exhibited her paintings and serigraphs internationally in galleries and museums.

After being diagnosed with Chiari Malformation and Syringomyelia at age 13, Tara had emergency decompression surgery. Thirty years later she discovered more of the puzzle pieces, that she also has a connective tissue disorder known as Hypermobile Ehlers Danlos Syndrome, Dysautonomia, Mast Cell Activation, and CranioCervical Instability, among other health issues. She recently underwent a Chiari revision and fusion surgery from Occiput to T2 to stabilize her spine, and is learning how to live life in her ‘new normal’ as a mother, wife, and artist.

Tara is excited to bring her creativity to The Chiari Project as she is an avid supporter of those in need.